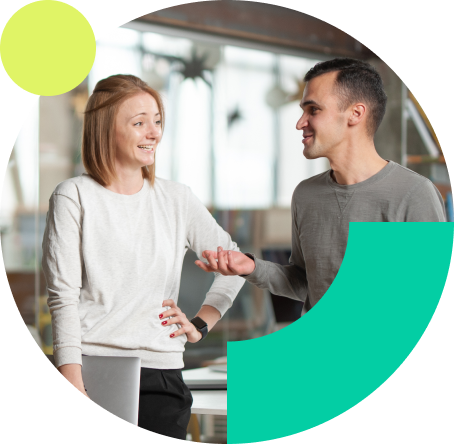 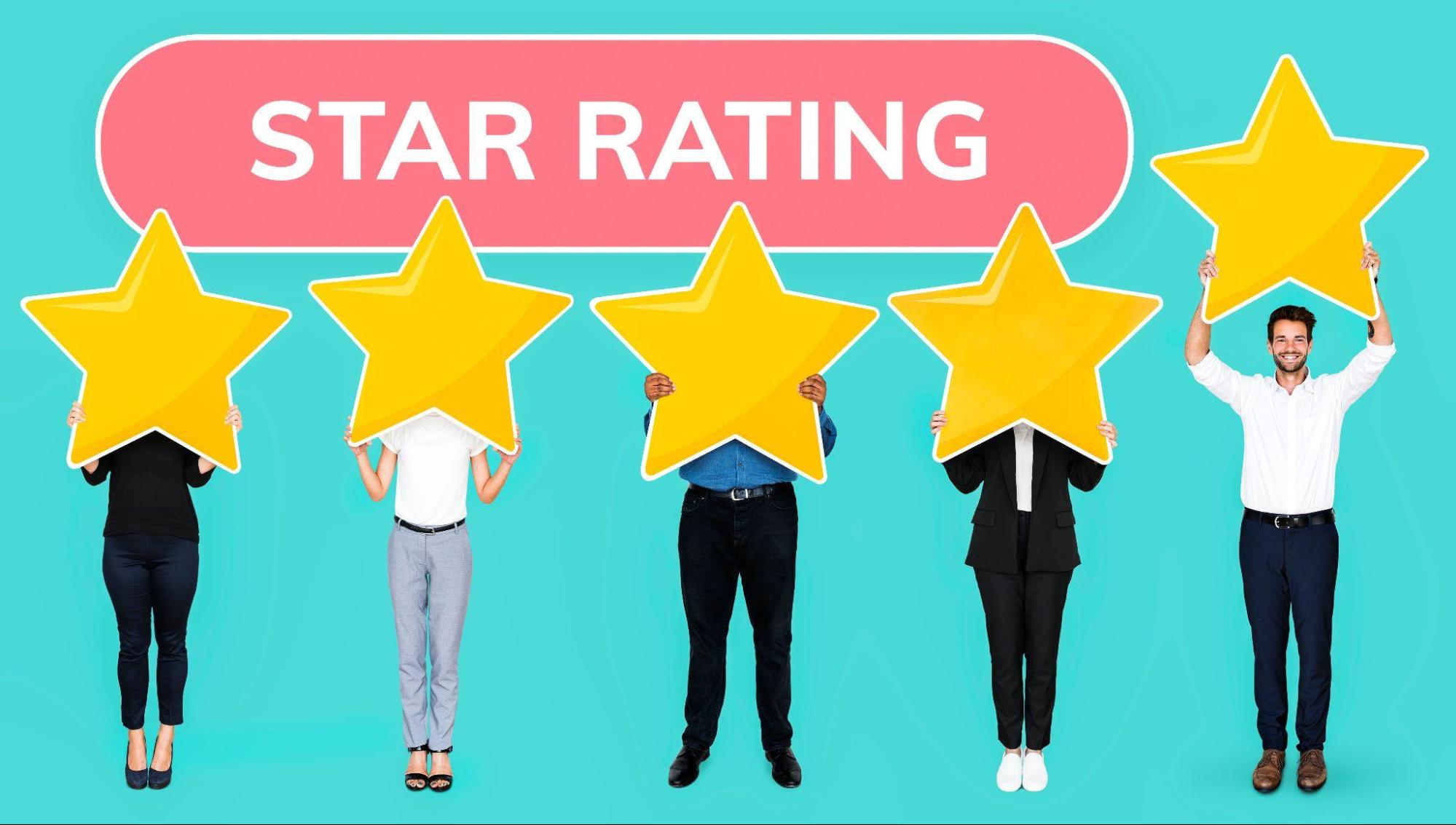 How to build a working flow with mobile app testimonials

How to deal with users in different app stores correctly? For many companies, testimonials are an unusual marketing channel, primarily due to the asynchronous communication and the lack of full-fledged correspondence. In addition, these are public reviews that can be directed both to the operation of the application, and not to the functionality itself. Let’s figure out what is needed to establish this new type of communication, where to start and how to build a successful strategy.

Firstly, let’s see what is the difference between app store testimonials and regular support requests:

From these differences, we can already conclude that most of the usual support service strategies will not work for responding to user reviews in the app stores. Below we will outline a strategy for working with mobile applications testimonials, but for now, let’s figure out what is the difference between responding to reviews in the App Store and Google Play.

What metrics are you influencing by responses?

79% of users read reviews before installing the app. If you do not have the resources to respond to every testimonial, reply at least to featured reviews, they will definitely be seen by everyone who visits the application page in the store.  But we will talk about the strategies of responses below.

So, by responding to testimonial you:

With the development of app stores, the perception of reviews is changing. Many companies note that they write about problems faster in reviews, they update them more often, sometimes just to say that they have passed a new level. It happens that users use reviews to “take revenge” on a developer who did not help them. In a word, they do their best to attract attention.

How to find the best strategy for your application, not to harm the average rating and reputation of your company, but also to show users that you hear them and are ready to solve their problems? We’ve put together guidelines to make your job easier and help you achieve your KPIs.

1. Automate the work of the support team

For example, you can create automatic responses to short reviews about a feature request or thanks for reporting bugs to artificial intelligence. At the same time, you can set up automatic tagging of such reviews, so that you can then go through everything at once without manual search and pass it on to the product and technical teams. When the feature is launched and the bug is fixed, the feedback can be quickly found and immediately let all users know about it.

Many people think that auto-replies kill the “humanity” of the support service. But in reality, they help you find and solve really important user problems, instead of drowning in hundreds of thousands of duplicate or spam reviews.

Most people don’t like change, and you need to be prepared for negativity. Prepare several templates in advance: positive, complaints about mass problems and negative (“return as it was”).

In negative cases, it is important to let users know that you heard them, and did not ignore them. Therefore, respond quickly, even with a template or auto-response. The easiest way is to highlight reviews about one issue with tags (or auto-tags) and respond in bulk.

3. Do not transfer the user from the app market if the solution to his problem does not require it

The first user request is very important and should be in front of your eyes, so keep the entire communication history in one place. If you reply in an AppFollow account or through integrations with helpdesks, all correspondence is saved, even if the user has updated the review 158 times.

4. Give as much information as possible in your answer

If it was not possible to solve the problem in the app store or if you have additional information that can help the user (for example, an article in the help center), give a short link. But remember that the user will not be able to copy it and will enter it manually, so use services like Bitly, Rebrandly, Polr, etc. And immediately indicate the contacts: mail, phone numbers or instructions on how to write to you when transferring a user from the app store to mail or helpdesk.

If what they described is not enough to solve the user’s problem, write what exactly is needed: a screenshot, user_ID, device data, etc. The latter is especially important for fixing bugs in Android applications due to the wide variety of devices. Explain how this will help solve his problem.

What to do to increase user loyalty?

This review will be seen by everyone who came to the application page, the responses to them should encourage the user to install it and, as a result, increase the conversion to install. Even if you replied to a review before it got featured, update your answer – now it is needed not for the user who wrote it, but for all future ones.

2. Respond to all long reviews with any rating

Long reviews hide the most important thing. If the user is not too lazy to write a few paragraphs, then he really really needs a certain feature, or is tired of the bug, or he has recommendations for improving the product. So it’s an irreplaceable source of feature requests, use cases, and even keywords. If users see that the developer is not responding to positive reviews, they will update the reviews with 1-2 stars until they get a response.

3. Talk to users in their language

Not all users speak English, and many write feedback in their own language. To quickly understand their problem, use the auto-translated reviews. And for a faster response, prepare templates in their language. If it is not possible to translate your answer, at least customize the greeting.

If possible, refer to the user by name. And if there are enough characters in the answer, indicate yours too. Define the signature format: Name, Command [application], or Name from [application].

5. Tell the user that you have fixed the problem or added a feature

Remember to update the answer after fixing any bugs. This is important both for the retention of the reviewer and for potential users. To quickly find reviews with the problem you are looking for, use tags or auto-tags.

What to do to influence the average app rating?

This is how you encourage users to share their opinions. However, remember that asking for a rating increases both positive and negative feedback.

Tip: if you need to quickly increase your rating, place a request after the first successful action (1 completed level in the game, 1 completed action in the To Do List). If you work on hold, it is better to ask more active users after 3-5 successful actions.

2. Update the answer as soon as the review is updated

If a user updates a review, it means that he is loyal and goes to contact. It is easier to work with such a user and to influence his opinion. It is especially important to monitor reviews where the rating has deteriorated – there you lose a loyal audience and must act quickly.

3. Update the response after the feature request is released

If possible, inform users that they have taken to work or made the requested feature. Add a tag with the name of the feature and mark the reviews you want. After release, select reviews with a tag and reply to everyone immediately. To speed up this process, use auto-replies. This often encourages users to update their review and rating, and you affect their loyalty and retention in general.

4. Don’t delete tips when you update your answer

Describe workarounds, such as how you can score extra points, when responding to a review. And if possible, do not delete it when updating the answer (you can use UPD to show the new answer). Your answer will be indexed, help other players and reduce the flow of similar questions.

5. Ask for a review of the rating

You cannot ask a user to upgrade on Google Play, but you can update the answer after you fix their problem. For example, ask how he likes the update. This will prompt the user to reconsider the rating and will not be a direct violation of the rules. The App Store does not explicitly prohibit requests to review a rating. By the way, sometimes users miss the mark. If you see a discrepancy between the assessment and the context, ask it to reconsider.

Complaining about reviews with rude language, spam, and links. However, before doing this, check the history of changes: the violator may be a user whom you ignored. This can also be done automatically: set up a rule in the Auto-replies section, listing obscene language and spam, and the system itself will send a complaint to the app store.

In a future blog post, we’ll show you how to automate reviews to respond to critical reviews faster, update responses on time, and improve user retention. In the meantime, we wish you and your application only 5 stars 🙂

If you have questions or want to know how the GotYourBack Support team can help your business, fill out the short contact form.

Category
Author
Sunny
Thanks! Your request has been sent.